October update and penciling in plans for departure

It's been a very busy month onboard SeaGlub.  Upon returning from Catalina last month we found oil in the bilge.  After a lengthy investigation, we surmised that the leak was coming from the transmission where it connects to the bell housing on the engine block.  I've been told, all we have to do is take off the gear box, clean it, put in a make-a-gasket sealant, and put it all back together.  Riiiiight.... alllllll we have to do.....

Getting at the gear box, of course, was no simple process.  First I had to take off everything I put on last spring, the turbocharger, mixing elbow and other components.  I also had to remove a bunch of hoses from the generator (that's a separate rebuild story still on going...) and remove other various items.

Now just put everything back in in the reverse order and cross our fingers that putting a new seal in will solve our problem.  Keep your fingers crossed for us.  I'll update this project when we're back up and running.

Also this month we have rebuilt the Spectra watermaker after it sat unused but properly pickled (stored) for 5 years.  Our seals in the pump had gone bad and the membrane was due to be replaced.  She's working now but I'm still troubleshooting the output efficiency which is lower than it should be.


And as we get closer and closer to our departure, we have starting stocking up on spares.  I did a 2 1/2 hour aisle by aisle shopping trip at West Marine, now just to figure out where to put it all.

So we're wrapping up some of our big item To-Do's, we have a very busy November planned, a haul out in December and hopefully out of here in early January....

Oh ya, January 7, mark it on your calendar, that's the day we've decided to have our going away party.  It's a Saturday and wild card weekend for the NFL, yes we will have the games on for any of you NFL fans (me!).  Our plan for now is to take our time down the Baja peninsula, get to Cabo, hang out a bit and then work our way to Puerto Vallarta by April.  Then we'll work our way back north to the Sea of Cortez.  Why no Sea of Cortez when we first get down there?  Because who wants to snorkel in <70 degree water??? 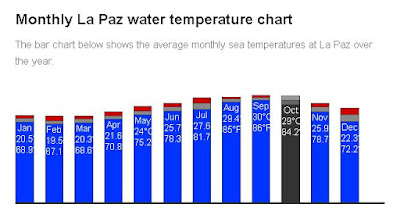