OK so here's a follow up blog post to a previous Facebook post that became a bit more circulated than I would've suspected and started a small chain of sometimes irrational responses.  Yes, we were surprised by how a lot of places in Cabo specifically, wouldn't let us sit there and have a beer because we had our dog with us. And no, I'm not some crazy dog owner who thinks that dogs need to be on every flight, in every store, and have equal rights to people, but in Cabo we were stopping at restaurants with chairs in the sand on the beach (with stray dogs running here and there) which wouldn't allow us to sit and buy a drink.  They're making enough money that they can turn us away, good for them, I am a capitalist after all.  I wrote that post because it was a stark difference from what we had experienced in the past at those same locations, I was just disappointed it had changed.

But to show that not all's lost for pet owners in the Mexico I've grown to love for almost three decades, we've been having an amazing time in Marina Riviera Nayarit and the town of La Cruz de Huanacaxtle.  Couldn't be more pet friendly!

Then there's this first week of September where Dad has taken time to come visit us. He's staying in his timeshare so we decided to get a room at the pet friendly Westin Puerto Vallarta next door.  What a pleasant surprise this place has been!!

While advertised as pet friendly, I couldn't have been more pleased than when I asked the pool attendant "are we able to sit by the pool with our dog?".  For the record we have never really tried asking this, because one - we don't' stay at many hotels, and because two - frankly, we just don't expect it to be allowed.  Well.... His answer stunned me. "sir, we are very pet friendly, your dog may go anywhere she likes on a leash as long as it's not in the pool". 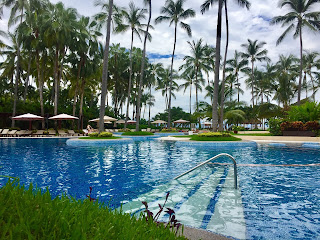 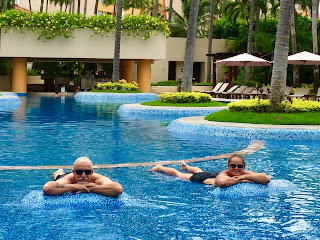 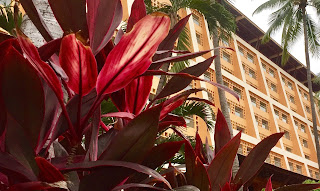 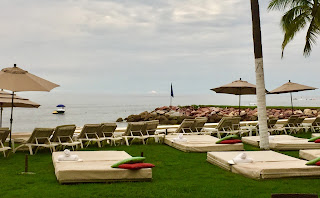 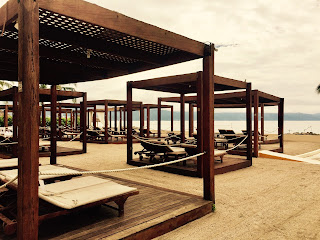