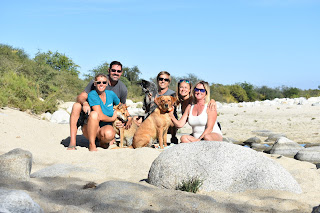 Back in the saddle and time to get out and see southern Baja.  Leaving from La Paz we drove to Los Barriles about 2 hours south.

A short distance from there you can hike to waterfalls and hot springs which emanate from the Sierra de la Laguna.  We had a terrific couple days exploring the area and hiking the falls.  The drive to the hot springs was pretty crazy, dirt roads winding every which way but the most amazing part was how Google maps actually guided us all the way there!  Even in that crazy back country.  The hot springs come pouring out of solid rock and have a temperature above 110 degrees!  Mixed with the cold mountain run off you can get some really comfortable natural pools of water to splash around in. 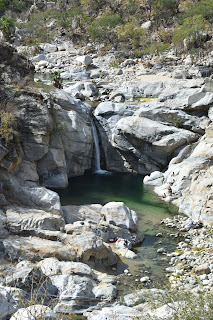 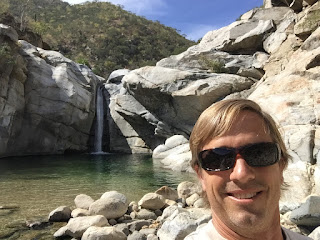 After the people got there splashing done, we went further down river and let the dogs get in some swim time. 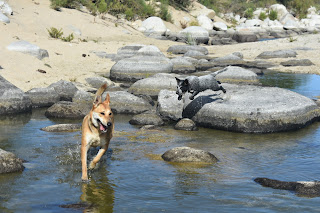 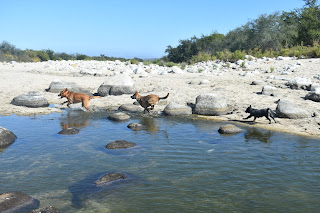 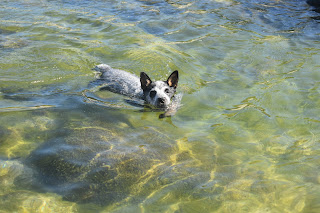 The springs and waterfalls can be found near a town called Santiago (pictured below):

From there we drove on to Cabo San Lucas where the hit the CostCo for provisioning and then on to Todos Santos about an hour north of Cabo.  We stayed in a pretty nice house with a pool, jacuzzi, 6 bedrooms and an out door kitchen.  I got to catch up with a good buddy I hadn't seen in a couple years and meet his new son. 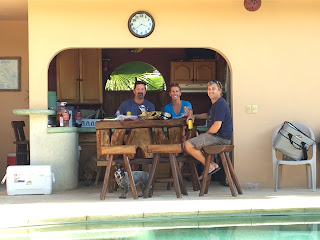 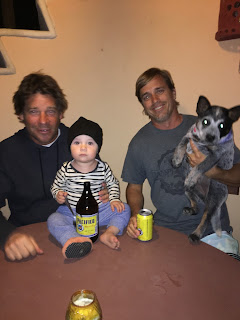 Todos has been around for a couple hundred years and is supposedly home the original Hotel California, of course last year the Eagles finally got around to filing a lawsuit about this, so who knows..... 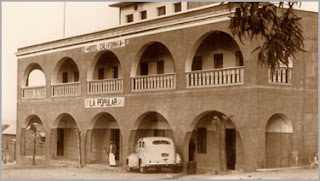 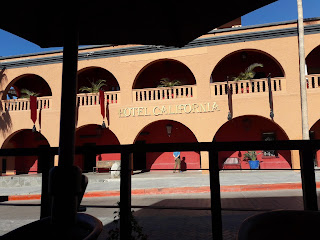 What we do know is that town is a showcase for Mexican arts and foods.  We enjoyed walking the streets and checking out the town. 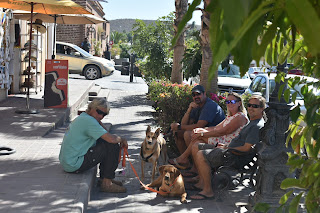 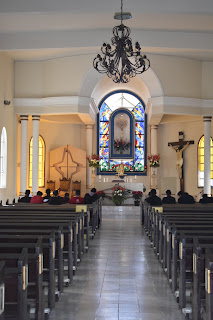 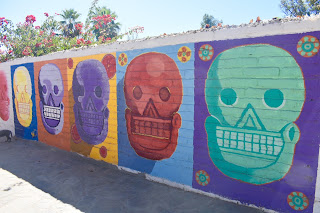 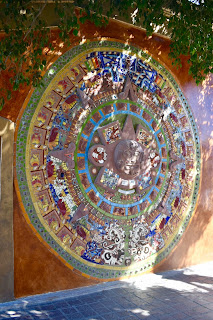 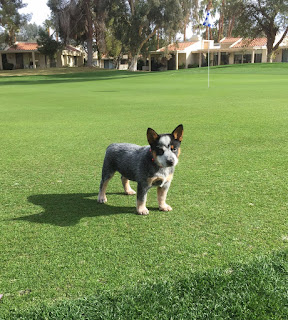 The blog was always supposed to be a place where we shared our adventures, the ups and downs, but mostly just things that were new, exciting, or interesting to us, and learning experiences, in the hopes that we could better keep in touch with so many family members and friends as we get further and further away from them all.

The second half of 2017 started off fairly slow, and that's evident in the falling off in consistency of blog posts.  That can partly be blamed on the ease at which Facebook makes it possible to update so many people and can be easily done from the phone while out and about, but mostly the lack of blogging in the latter part of 2017 had to do with two things:  we were just living on the dock and experiencing the hot humid summer that is Puerto Vallarta, and our beloved baby Tessa tragically passed away at only two years old.

Tessa was an incredible blessing and, even today, several months later, we're still struggling with accepting the fact that she's not coming back to us.  She was just so young.  She was beautiful, on the outside but even more so on the inside.  For a cattle dog, she was amazingly calm and became more like her puppy parents every day, enjoying the occasional spurt of energy but mostly enjoying being around her other puppy friends and her pack members in the human world, and especially enjoying her naps, she would nap every where!

It became difficult to write in the blog after her loss because we had just lost the energy.  In the time since we last posted we've installed an air conditioner on the boat, we crossed back over to Cabo on the Baja Peninsula with our good friend Todd from San Diego, Chris went back to San Diego to sail down on the 24th annual Baja Haha aboard a 65' Irwin ketch Jersey Girl with new friends Kenny and Donna while Monica and Tessa lived out beach walks and naps in the marina in San Jose del Cabo, we met up with our long awaited friends on Volare in Cabo after they sailed down from California beginning their cruising adventures, and we started to trek north in the Sea of Cortez, experiencing some beautiful anchorages.

We've had the boat in La Paz since mid November and recently returned, but only after a 6 week trip back to the states which included a flight from La Paz to Puerto Vallarta, then 1600 miles of driving back to Los Angeles, 700 miles round trip to San Francisco to see friends, then another 1000 miles back to La Paz.

It's now mid January and we're beginning to pick things back up again.  We have a new family member, Penny, and she's doing wonderfully on board SeaGlub but hasn't yet sailed (soon to change).  We're excited to do some cruising with Volare, Shamaya and Jersey Girl and will be getting under way in the next days or week....

Please remember Tessa and share with us your stories as we run into you wherever that may be.... 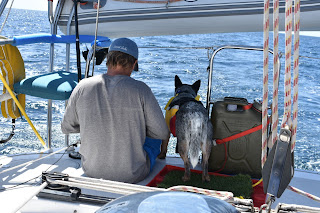 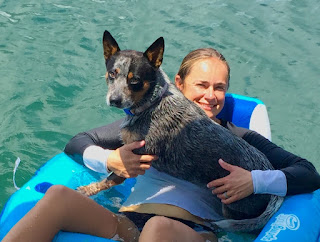 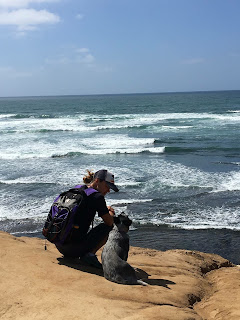