Gonna use this opportunity with good internet to put up a bunch of pictures and let them do the story telling.  But basically we had a good time in Puerto Escondido (we skipped the anchorage with the golf course but Chris is hoping to stop by their on the way south especially after learning that it's TPC property - Danzante, and designed by Rees Jones).  In Puerto Escondido we grabbed a mooring ball for about $20 per night.  nota bene: the process is just to go in and grab any ball and then dinghy to the office to settle paperwork, or check in at the long dock at the entrance.  We hiked Steinbeck Canyon and then moved north to Puerto Ballandra on Isla Carmen.  This was a picturesque little bay with great protection from every wind direction except west.  From there we did a short jaunt over to Isla Coronado, which was pretty but busy with tour boats coming in and out all day from Loreto.  Then we headed north with a half way stop in Pulpito where we got beat up for the night by unexpected southeast winds, but we were rewarded the next day with the same winds helping us to sail most of the way to Bahia Concepcion, spinnaker and all.  Bahia Concepcion is amazing.  We stayed a week but could've easily been longer, and Shamaya caught up to us from La Paz!  Several anchorages here, each with its restaurants and hikes.  We swam and spear fished and had movie night on SeaGlub.  On the way to Santa Rosalia we had our best sailing yet, all three boats flew spinnakers but when Lance on Shamaya decided to fly his drone, the drone failed to respond to controls and just hovered in place, not so bad if you don't consider that the boat was moving at about 3.5 knots.  Lance dropped his dinghy, and with some difficulty, was able to retrieve the drone, only to run out of gas in the dinghy, the whole time Pam was alone sailing an asymmetrical spinnaker!!!  Volare came to the rescue and Lance made his way back to Shamaya.  Then to much overlooked Santa Rosalia, an old mining town which proved to be charming, inviting and a great downtown area to walk around.  There's a Fonatur Marina here with about 12-14 slips accommodating boats up to about 50' with one end tie for larger boats.  The slips are double so catamarans could call ahead and the prices are pretty cheap, 8 pesos per foot per day, or about $0.42 in USD, which worked out to $19 per day.  That's right, less than the mooring ball in Puerto Escondido, and we had free power and fresh water!  We will be back.  Tomorrow we start our final trek north to Bahia Los Angeles.  Should be there in a week or less with a stop in San Francisquito.  Here's a ton of pictures: 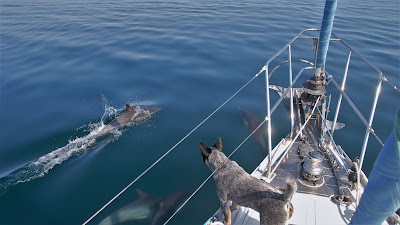 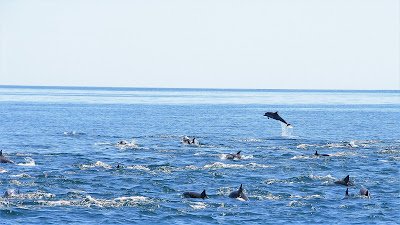 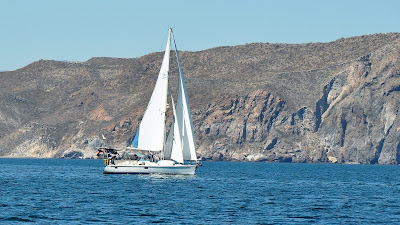 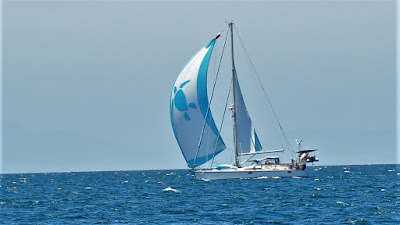 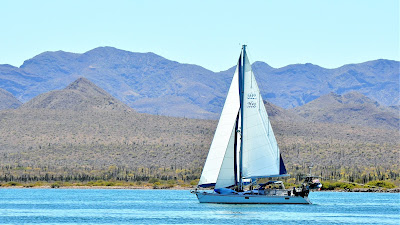 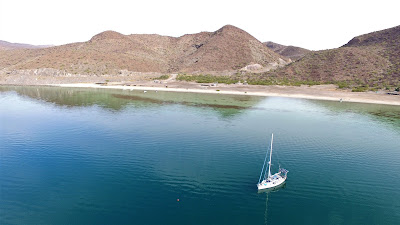 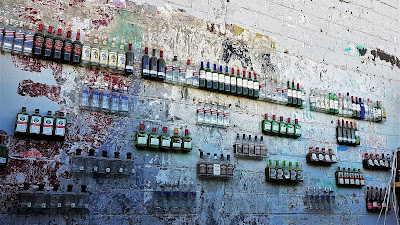